Hannover, 5 August 2020 – Exactly 70 years ago a first generation (T1) dove blue panel van with chassis number 20-1880 rolled off the production line in the Wolfsburg plant. It was delivered to Hildesheim to start a life of service, transporting goods from A to B. At the end of its working life, the VW Transporter vanished from sight for nearly 20 years in private collections and it was not until the early 1990s that an ardent Bulli fan brought it back into circulation. Following complete restoration the vehicle is now in VWCV’s Classic Vehicles collection, where it has been since 2014. On her 70th birthday, Sofie, as she became known, tells the story of her life.

Slaving away for the Economic Miracle

On 8 March 1950 the Volkswagen plant begins full production of the Type 2, the ‘VW Transporter’ (Type 1 was the VW Beetle). This Type 2 (also known as the Bulli) is the universal genius of the Economic Miracle period and quickly becomes the darling of the commercial trades. As does the dove blue panel van with chassis number 20-1880, which rolls off the production line on 5 August 1950. For Hildesheim and its new owner it is at that time without doubt something very significant, as it is the first Bulli in this part of Lower Saxony. For 23 years it dashes around the roads and narrow lanes of Hildesheim before going into (early) retirement when the company sells the vehicle to a collector.

From 1973 to1992 the Bulli spends its time in the collections of various VW enthusiasts. The last owner tries to the sell the vehicle via a magazine run by the ‘Brezelfenstervereinigung e.V.’ fan club. At the first attempt, however, without success. From today’s perspective almost unimaginable, demand back then for a used ‘commercial vehicle’ of this sort is not that great. Only after multiple ads are placed (as was still usual at that time without photo and with just three lines of text) does Dane Tonny L. become aware of it later in the year. He calls up the seller and, after learning on the phone that the vehicle has the lowest chassis number known at that time in the Bulli scene, buys it there an then. In 1992, at the proud old age of 42 and with less than 100,000 kilometres on the clock, she is taken on the back of a breakdown truck to Denmark. As being off the road for 19 years does no vehicle any good, the essential parts first get replaced so that the Bulli can be driven again. Tonny is immediately sure that he’ll be keeping the vehicle for a long time and gives the van a name: with a nod to the first T1 ever delivered to Denmark, he christens his prize possession ‘Sofie’, which was the name of that first vehicle too.

In early 2000, he begins a costly and time-consuming programme of full restoration, which ends in spring 2003 with a test drive to the VW meet in Bad Camberg. It was not by a long way to be the Dane’s last journey with Sofie. Together they covered over 20,000 kilometres driving around Europe, often to Bulli meets where Sofie is always the highlight and generally wins the ‘Most Beautiful Bulli’ prize. She is always the oldest in any case.

But is not only Sofie who is getting ‘more mature’. The day comes when Tonny too feels he is getting too old to always be on the road – unlike Sofie who thanks to his loving care enjoys the best of health. He wants to stay at home more and place Sofie in good hands. But she is not to vanish again for years in dark, private collections. Sofie is to be seen, to travel, to experience wonderful things with her new owner and to bring a smile to the faces of as many people as possible. While Tonny is getting swamped by offers from collectors, a chance encounter occurs on the periphery of a visit in spring 2014 by the Crown Prince of Denmark to Volkswagen Commercial Vehicles in Hannover. The accompanying importer mentions in passing that there is a 1950 Bulli in Denmark looking for a new home. Tonny is soon contacted by the VWCV Oldtimer department. He is thrilled by the idea of Sofie potentially becoming an important part of Volkswagen Commercial Vehicles collection. Discussions continue for several weeks, culminating in his memorable line: “I’d therefore prefer to sell Sofie to you, where she’ll still be able to make people smile .. :-)”. Volkswagen Commercial Vehicles was delighted and in late 2014 Sofie came to Hannover, the city of the Bulli. With tears in his eyes, Tonny says on parting: “I know that she’ll fare best at home.” He was to be proved right. Since then Sofie has already experienced a lot, made countless people happy and brought back many memories. As she did on her latest tour of several milestones in her life. Be it at the Wolfsburg plant, in Hildesheim or in Hannover, as soon as Sofie drives up there is the sort of clamour for selfies you get by a red carpet. She is an undisputed star of the Bulli cult. Sofie celebrated with a small group of her Bulli friends from the VWCV Oldtimer collection. Rumour has it that they had fresh engine oil and a delicious cake. So bottoms up and “Cheers, Miss Sofie!” – Here’s to the next 70 years! We love you!

A chronicle of the 70-year period of VW Bulli production can be found here:
https://www.vwn-presse.de/vwn-presse/index.cfm?vl=de- DE&cl=1&tk=307&view=presstext&txt=2607

About the Volkswagen Commercial Vehicles brand:
‘We transport success’. As a stand-alone brand within the Volkswagen Group, Volkswagen Commercial Vehicles (VWCV) is responsible for the development, construction and sales of light commercial vehicles. They include the Transporter, Caddy and Amarok ranges, which are produced in Hannover (D), Poznań (PL), Września (PL) and Pacheco (ARG). Our vehicles transport construction workers, families and adventurers, bread rolls, parcels and surfboards. Every day they help countless people all over the world to do a good job, they operate as mobile workshops and they bring paramedics and the police to wherever they are needed. Within the Volkswagen Group, Volkswagen Commercial Vehicles is also the lead brand for Autonomous Driving, Mobility as a Service (MaaS) and Transport as a Service (TaaS), and in future will therefore be developing and producing corresponding Special Purpose Vehicles (SPV), such as robo-taxis and robo-vans. In this way we are transporting an entire society, with all its requirements for clean, intelligent and sustainable mobility. Working at the company’s sites around the globe are more than 24,000 employees, including around 15,000 at the Hannover site.

Information on all aspects of the Volkswagen Commercial Vehicles brand and the Hannover site can be found at: 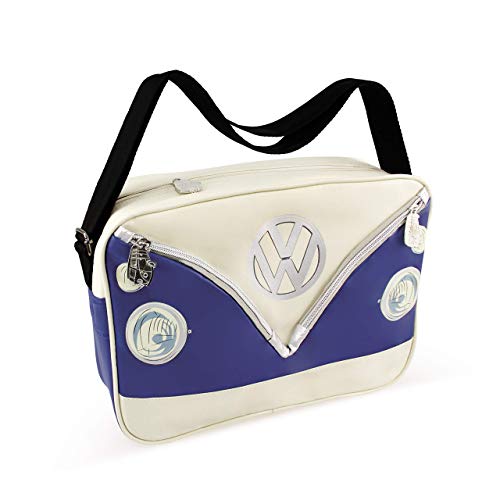 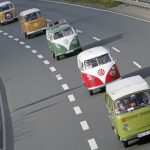 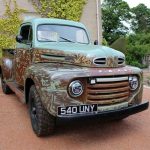 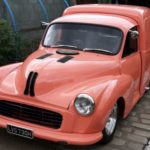 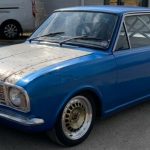 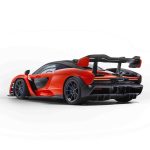 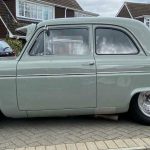 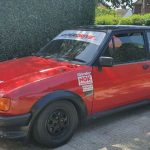