Silverstone Auctions are proud to introduce a unique and exceptional collection of personal items belonging to the late Sir Stirling Moss OBE, complemented by a selection of limited-edition collectables and automobilia from the British racing icon.

The collection forms part of Silverstone Auctions final sale of 2020, The NEC Classic Live Online Auction, which will take place on the 13 and 14 November. It features a number of significant, personal items which are offered from a close personal friend of the motorsport legend, and amazingly, are all offered without reserve. The solid gold, twin bar watch band that Stirling personally designed and had made in 1954 is perhaps one of the most recognisable items in the collection. Engraved with his initials S.M, it was designed to be interchangeable with different watches and to be easily cleaned after each race. Worn constantly over a 38-year period, it was on Stirling’s wrist for so many memorable moments including three victories in the Monaco Grand Prix and his victory in the 1955 Mille Miglia. The watch that was fitted to the band at the time of gifting to the vendor is a 1956 Gold Jaeger LeCoultre alarm watch and is simply a wonderful piece of Sir Stirling Moss history.

In the 1970’s Stirling parted with most of his trophies to an American collector. However, in 2010 the vendor of this collection discovered one of them at Pebble Beach, the 1951 Daily Express Tourist Trophy which Stirling had won at Silverstone, and as such brought it home. The trophy has been hand-signed by Stirling and included as part of the sale is a photo of him doing so, as is a race programme from the day he won it.

Nick Whale, Silverstone Auctions Managing Director commented, “It is an honour to offer such a unique and remarkable selection of items that were part of the late, great Sir Stirling Moss’ life. He was a true racing icon, having participated in over 500 races, these personal items represent a significant piece of his history. Accompanying the personal articles are a number of limited-edition and signed memorabilia items which complement the collection, with there being 50 Lots overall”. The completely unique items in the collection also include one of just four race helmets that Sir Stirling wore during his professional racing drive career. Of those four helmets, two were manufactured by Herbert Johnson Ltd. and this is one of two helmets that were built for him by Patey Helmets. Circa 1958, it was worn both in period and occasionally until 2007, totalling a phenomenal 49 years ownership.

An item that was from the very end of Sir Stirling’s career is the race suit he wore on the day he retired. Worn in 2011 at Le Mans whilst racing his newly restored Porsche, it was after qualifying that he announced his retirement from 60 years of incredible racing. A book with images of him wearing the suit will accompany it as part of the sale.

The Sir Stirling Moss OBE Collection will be offered on Saturday 14 November at 12:00 GMT, you can view the collection in full on the Silverstone Auctions website here. To register to bid in the sale, contact Silverstone Auctions on 01926 691141 or email bid@silverstoneauctions.com. Bidding will be available by phone, online or via commission on the day. 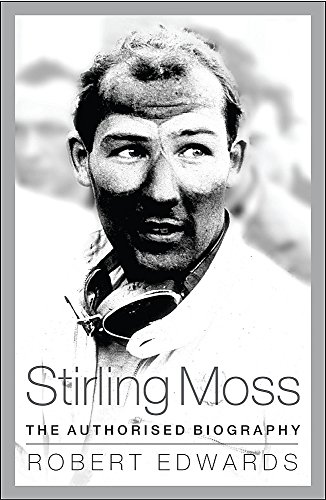 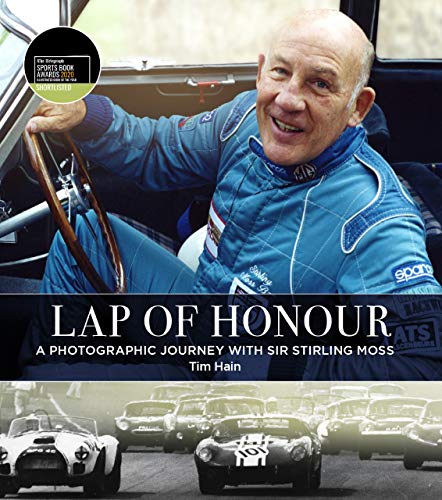 Lap of Honour: A Photographic Journey With Sir Stirling Moss 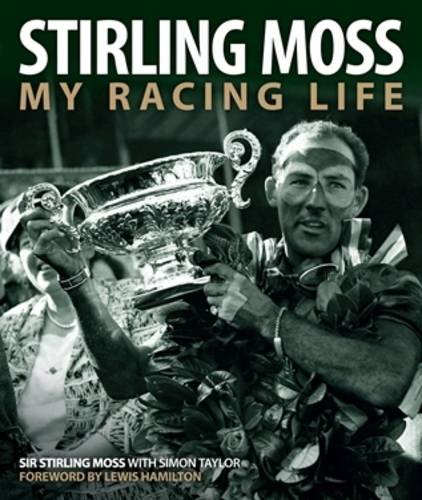 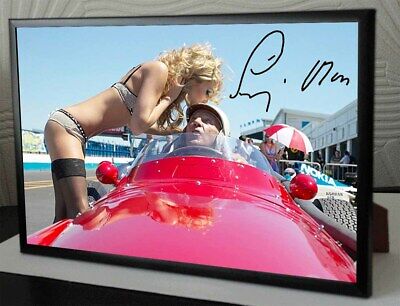 The world of Formula One has always been filled with rivalries between drivers, but one in particular stands out in history as one of the greatest, that of Juan Manuel Fangio and Stirling Moss. What sets their rivalry apart from many others, is that it was built on a mutual trust and friendship that spanned the length of their racing careers and after their retirements.This is the story of these two giants of the sport as they compete against each other and the rest of the Grand Prix field, told through 3 films from the BP Video Library. Fangio, a five-times world champion and Moss, who never won but would come so close on many occasions, would utterly dominate the latter part of the 1950's. This DVD beautifully illustrates the duo as they finish first and second in each of the years featured.The first film takes us to Aintree for the 1955 British Grand Prix, or Grand Prix d'Europe as it was also known. Here both Fangio and Moss were both driving for Mercedes in their all-conquering W196. The lead would change numerous times between them with Moss taking the flag first by only 0.2 seconds to win his first Grand Prix and become the first British driver to win his home race.The second film moves us into 1956 where, after the withdrawal of Mercedes after the disaster at Le Mans the previous year, Fangio had moved to Ferrari while Moss had joined Maserati. The extensive footage covers the races from Argentina, Monaco, Belgium, France, Britain, Germany and Italy for some gripping race action. Despite the change in machinery, Moss and Fangio dominate once again, but there are others who would be vying to spoil the party, namely Peter Collins and Mike Hawthorn.The third and final film covers the action from the following year at the British Grand Prix, once again at Aintree. Fangio would encounter engine trouble leaving Moss with a great opportunity to win in the Vanwall. However, he too would hit mechanical difficulty, dropping him back to ninth position. He would then fight back to take the win despite the odds and, in the process, prove his enormous ability.As a bonus feature, we get to watch Juan Manuel Fangio in a film that was produced to celebrate his racing career after he retired that compiles footage from 1949 to 1958. We also get to take an unforgettable ride onboard with the maestro as he tests his Maserati 250F at Modena.