Two of Japan’s best-loved performance cars will be honoured as part of Beaulieu’s super-size Simply Japanese on Sunday July 28th, as 30 years of the Mazda MX-5 and 50 years of the Nissan GT-R are marked with special display areas in the vibrant show..

Owners of these iconic motors are invited to park in the grounds of the National Motor Museum as highlights of the show, which is anticipated to attract as many as 900 Japanese cars of every age and variety.

The globally successful Mazda MX-5 has become the roadster of choice for millions since its 1989 launch. The iconic Nissan GT-R traces its history back even further to 1969, when it was unveiled as the ultimate performance version of the six-cylinder Nissan Skyline. Owners of both of these legendary models, from the earliest examples right up to the latest showroom versions, will be taking their places in the busy showground.

Club stands are always at the heart of the show, with 450 cars across 29 club stands already booked to attend the eighth Simply Japanese. Mighty 5s will be bringing along a selection of Mazda MX-5s, Del Sol UK will be showcasing the targa-top Honda CRX and Celica-Club will celebrate the many incarnations of Toyota’s sporty Celica, while Hampshire Honda Crew, the Toyota GT86, Subaru BRZ Drivers Club plus the SouthCoastJap and Nihon Kuruma Alliance enthusiasts’ groups will be out in force, as members each park their pride and joy on the club stands.

Throughout the day, visitors and event-goers will be able to vote for their favourite Japanese car of the show in the People’s Choice Award, with the winner receiving a Beaulieu trophy.

Event tickets include entry to all of the Beaulieu attraction, including the National Motor Museum with its Chitty Chitty Bang Bang 50 years exhibition, World of Top Gear, On Screen Cars, 13th century Beaulieu Abbey, the Montagu ancestral home of Palace House and its grounds and gardens.

For those driving Japanese cars and taking part in the show, participant tickets are £10 an adult, £5 a child (aged 5-16) if bought in advance online before 5pm on July 25th, or £12 an adult and £6 a child on the day. All other visitors can buy a general admission tickets to Beaulieu at the standard attraction price. For tickets and information see www.beaulieu.co.uk/events/simply-japanese.

Entry is from 8.30am – 3pm for rally participants. The Brabazon Restaurant will serve hot drinks and breakfast snacks from 9-11am. All other visitors should enter Beaulieu though the Visitor Reception building with a standard attraction admission ticket, from 10am.

Simply Japanese will be Beaulieu’s eighth Simply rally this year, followed by the first Simply Mercedes on August 18th and Simply Smart on November 10th. For tickets and details see www.beaulieu.co.uk/events. 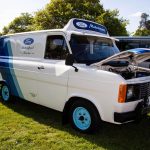 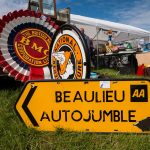 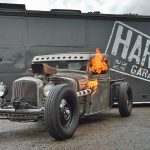 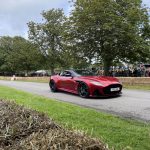