The route of the 40th edition of the Dakar proved to be particularly demanding on the mechanical side. Following this demanding endurance test of nearly 9000 kilometres, not only did the PEUGEOT 3008DKR Maxi win seven out of 13 stages but it also demonstrated remarkable reliability. The only issues encountered were minor gear selection issues, while the reason for retirement of the n°306 PEUGEOT 3008DKR Maxi was not down to any technical problems. The new BF Goodrich tyres proved to be remarkably strong over the demanding South American terrain, while TOTAL lubricants ensured optimal performance from the engines despite the altitude and extreme conditions.

THE REVENGE OF ‘EL MATADOR’

Carlos Sainz and Lucas Cruz have been unlucky over the last three Dakars but they bounced back in the strongest possible way. Having driven a masterful rally from the start, the two Spaniards demonstrated both performance and consistency at the wheel of the n°303 PEUGEOT 3008DKR Maxi. They won SS6 and SS7 (out of 14) to take a lead on the marathon stage that they were never to lose. The winners of the 2010 Dakar were on the top step of the podium again by reaching Cordoba with a 43min40s advantage over their rivals. This victory underlines their unrelenting investment into PEUGEOT’s rally raid project, having put all their expertise and talent into the set-up of the DKR cars. THE TRIBULATIONS OF ‘MR DAKAR’

Stéphane Peterhansel and Jean-Paul Cottret, the winners of the 2016 and 2017 Dakars with PEUGEOT, had an action-packed rally with two unfortunate setbacks. On SS7 (of 14) the n°300 crew had to swerve to avoid a quad bike stopped in the middle of the road and destroyed their car’s left-rear suspension against a hidden rock. Then at the start of SS13, the reigning Dakar champions hit a tree, which damaged their power steering. On both occasions, their team mates Cyril Despres/David Castera helped them fix their car and continue. These mishaps meant that they lost first and then second place in the overall classification. Nonetheless they finished fourth after proving to be the fastest crew of the whole Team PEUGEOT Total squad, with three stage victories.

The first Team PEUGEOT Total crew to win a stage on the 2018 Dakar was Cyril Despres and David Castera, who claimed the overall lead at the end of SS2, showing that they have taken another step forward in terms of performance. Unfortunately, the ambitions of the two former bike riders were undone by a rock coming out of the road at kilometre 180 of SS4. This destroyed the right-rear suspension of the car, which stopped the duo in their tracks. With the help of Team PEUGEOT Total’s service truck, also entered in the competition, the n°308 PEUGEOT 3008DKR Maxi crew was able to continue, but with a severe delay. From then on, demonstrating amazing team spirit, the duo dedicated themselves to helping their team mates, while setting some impressive stage times when the opportunity arose (such as on SS8 and SS11). As a result of their 29-hour penalty, Cyril Despres and David Castera were classified some way back, a position which doesn’t represent their true level of performance.

LOEB STOPPED IN HIS TRACKS

After finishing second on last year’s Dakar, just five minutes behind the winners, Sébastien Loeb/Daniel Elena started this year’s event with the clear objective of winning. They made a great start to the rally, despite an itinerary through Peru that mainly consisted of dunes and off-piste driving, which was not really to their advantage. They then won SS4 in style, one of the most difficult stages of the modern Dakar in South America. Unfortunately, while running second in the overall classification, they were forced to retire on SS5, between San Juan de Marcona and Arequipa in Peru. Their PEUGEOT 3008DKR Maxi fell into a soft and sandy hole while they were avoiding another competitor who had got stuck. The impact fractured Daniel Elena’s coccyx, making it impossible for him to continue.

THE LATEST CHAPTER IN THE SUCCESS STORY

This year’s win from Team PEUGEOT Total completes PEUGEOT’s already impressive track record of success on the Dakar, being the manufacturer’s seventh win from eight participations! Here’s a quick reminder of everything PEUGEOT has achieved on the Dakar :

KEY NUMBERS FROM THE 2018 DAKAR

HEADING FOR AN ELECTRIFYING CHALLENGE

This win marks PEUGEOT’s final participation on the Dakar. PEUGEOT Sport will now concentrate on the FIA World Rallycross Championship (WorldRX). The season will get underway from April 14-15 in Barcelona, with Sébastien Loeb driving one of the PEUGEOT 208 WRX entries. At the same time, PEUGEOT Sport will also prepare for the forthcoming electric Rallycross championship in 2020. This will be tackled with the replacement for the current road going PEUGEOT 208, which will feature a fully electric version.

LIVE FROM THE BIVOUAC…

“Peugeot ends its Dakar campaign in the best possible way thanks to a fantastic victory from Carlos Sainz/Lucas Cruz and the PEUGEOT 3008DKR Maxi, on a Dakar Rally that will go down in history. To take three consecutive victories on such a complicated event is an exceptional achievement that is as much down to our very high technical level as it is to our unfailing team spirit. We are particularly pleased with this victory for Carlos and Lucas, who have driven an absolutely incredible rally, overcoming every obstacle. Carlos has put so much into our Dakar project from the very beginning, so it’s fantastic that he can be rewarded in this way. Three of our four cars are there at the finish of the most difficult rally of the decade, with the PEUGEOT 3008DKR Maxi having shown its technical superiority with no failures. It’s a great satisfaction for the whole team and a massive source of pride for PEUGEOT.”

“It was a very difficult rally for me. It’s probably been the most difficult Dakar that I’ve ever taken part in, even counting the ones in Africa. The organisers gave us a truly challenging route, with so many incredibly difficult stages. Even the two stages right before the finish were unbelievable and Peru was also very tricky. Of course, it’s very satisfying for Lucas and me to win such a difficult rally. And the same applies to the whole Peugeot team, which has done a fantastic job throughout the entire programme. The PEUGEOT 3008DKR Maxi is probably the best car I have ever driven on rally raids. Thank you to everyone who has supported us in this project, and a big thank you to PEUGEOT Sport.”

“On the whole, it’s been a very good week for us. The dunes in Peru were our main trump card really. After that, it unravelled slightly. We lost 1h45m in Bolivia after hitting a rock that I didn’t see. It was so impossible to spot that I wasn’t even that upset. I’m much more annoyed by what happened on Friday: a day when we accumulated small mistakes. I think that this Dakar was extremely tough: the toughest one we have ever seen in South America, undoubtedly. But that’s in the spirit of this whole event, although maybe it was pushed a bit too far this time, if you think of the amateur drivers. The real satisfaction for us lies in the win for Carlos and the PEUGEOT team. It’s a brilliant reward for Carlos, who has been unlucky over the last three years.”

“This Dakar got off to a good start for us as we won the second stage. But unfortunately, the problem we had on SS4 entirely compromised our whole rally. From that point on, it was all about helping our team mates, so it wasn’t easy for us to show what we could do. The most important thing though was not to make any mistakes and just to be there in case Carlos or Stephane had any problems. Obviously it’s been a frustrating rally for David and myself, but on the other hand we’re just starting our career in cars. We’ve racked up plenty of experience on this year’s Dakar and that’s extremely positive. I’d like to thank the whole PEUGEOT Sport team, which has worked so hard and allowed us to get better and better in perfect conditions since we started in 2015.” 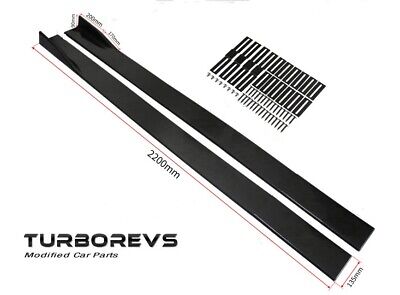 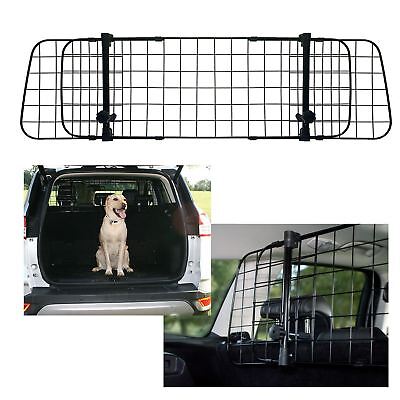 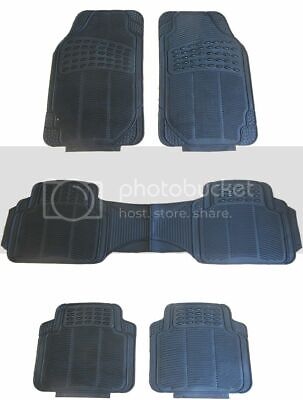 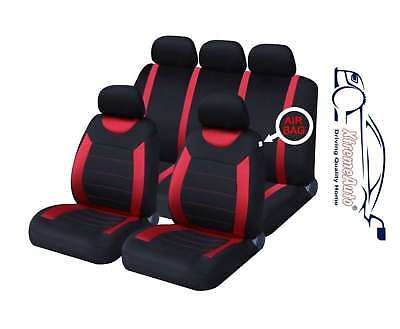 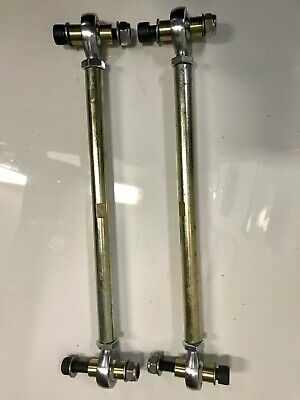 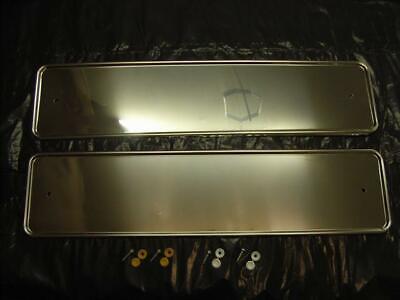 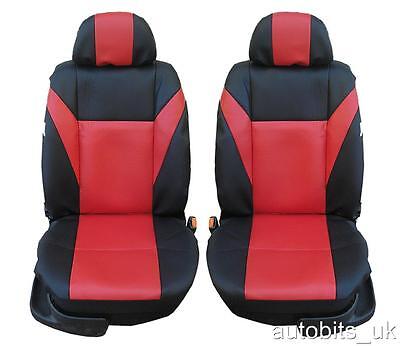 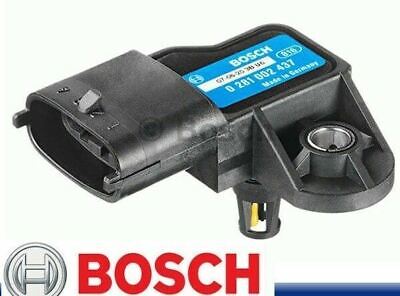 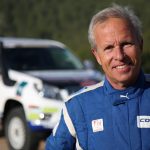 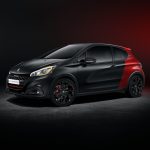 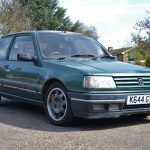 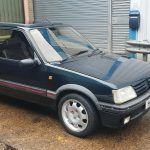 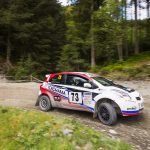 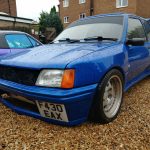